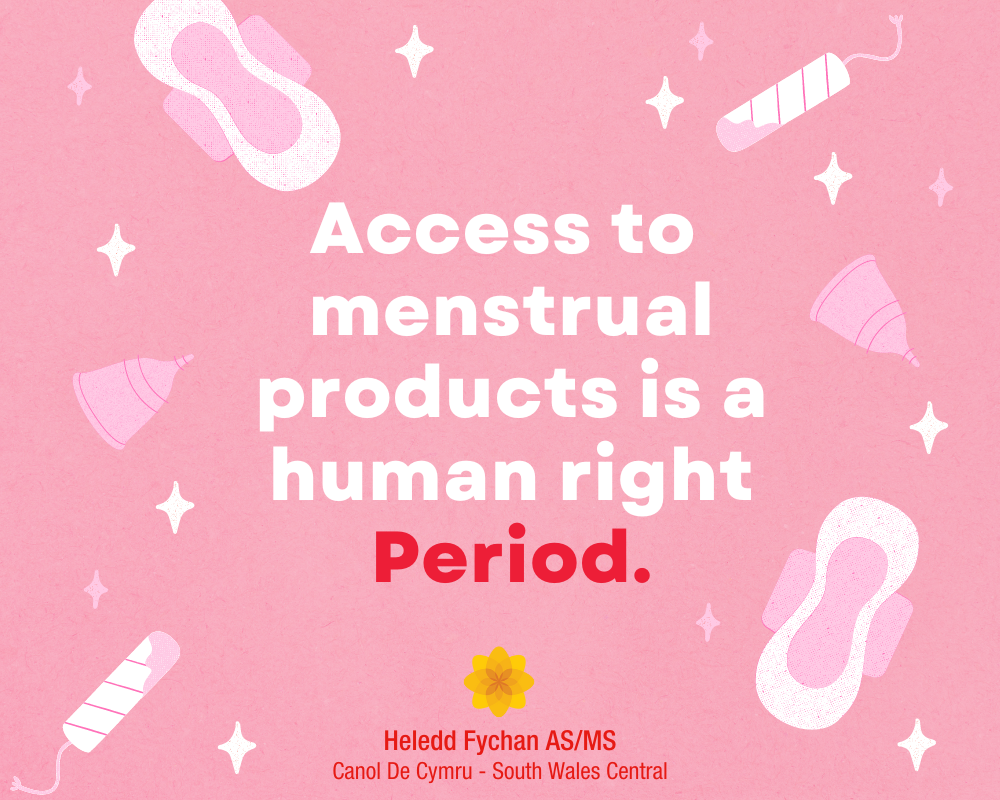 Heledd Fychan, Plaid Cymru Member of the Senedd for South Wales Central, is today leading a debate in the Senedd calling on the Welsh Government to legislate to ensure that everyone that needs free period products can access them, wherever they live in Wales.

In August, the Period Products (Free Provision) Act came into force in Scotland making it the first country in the world to make period products freely available. This means that period products must be made available for free in public buildings, including schools and universities across Scotland.

Period Poverty – the inability to be able to afford period products – has affected at least 15% of girls in Wales aged between 14 and 21 at some point according to Plan UK in 2021. With the cost-of-living crisis increasingly affecting people across Wales, anecdotal evidence from food banks and other organisations suggests the problem is getting worse.

Though Welsh Government has funded a number of initiatives in recent years, and has also developed a Period Dignity Strategic Action Plan, this is not a vision and right enshrined in law. Ms Fychan believes that such a law is essential to fully normalise periods and ensure period dignity for everyone in Wales.

Speaking prior to the debate, Ms Fychan stated: “Periods are a normal bodily function, and it isn’t right that some people in Wales are still being denied their dignity because they can’t afford these essential products.

“Though improvements have been made to make free period products more widely available in Wales, there are still too many barriers with many still unable to access them. By enshrining this right in law, and making it a legal requirement, we would be making sure that everyone that needs them are able to access period products for free. If we are serious about equality, then this is a necessary step, and I would urge Welsh Government to follow in the footsteps of Scotland as a matter of urgency.”