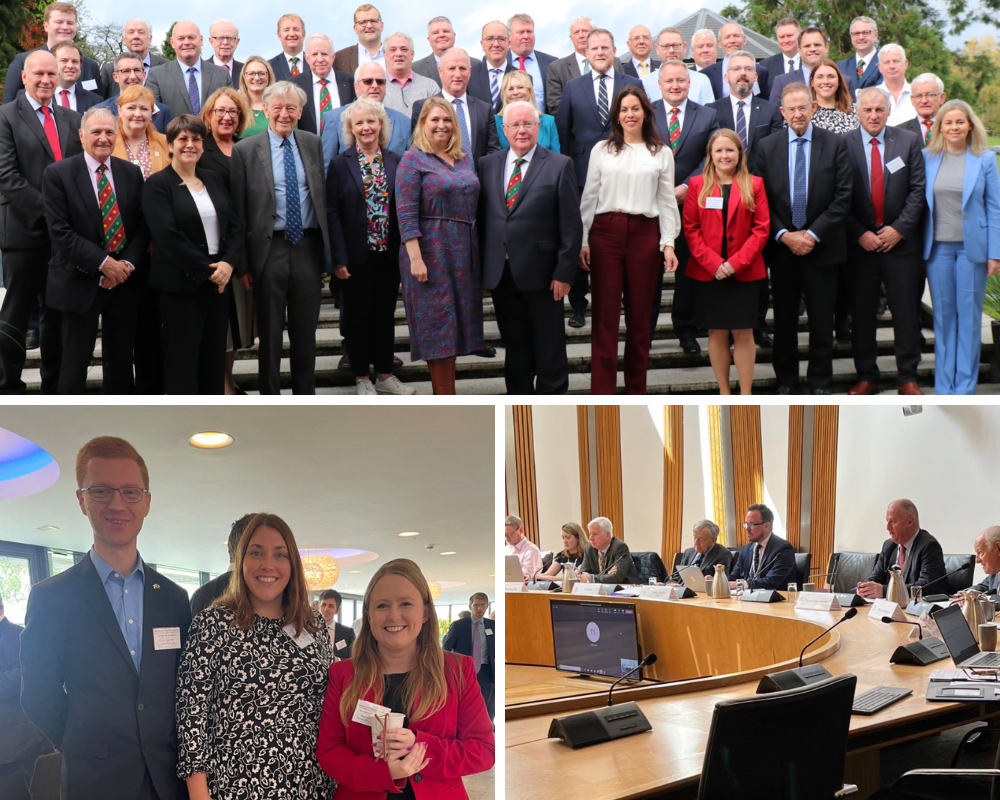 I attended the meeting of the British Irish Parliamentary Assembly in Cavan in Ireland on the 23-25 of October.

As you can imagine, the focus of the discussions was on restoring a government in Northern Ireland and concerns about the need for another election there if there is no agreement. The effects of Brexit continue to worry many, including what effect issues around the protocol could have on the Good Friday agreement.

It is a privilege to represent the Welsh Parliament on this Assembly, and it is great to be able to develop links with politicians from all over these islands. The Celtic connections were certainly strong!