Heledd Fychan MS: "As a democratic nation we should make our own history and decide whether we want a Prince of Wales" 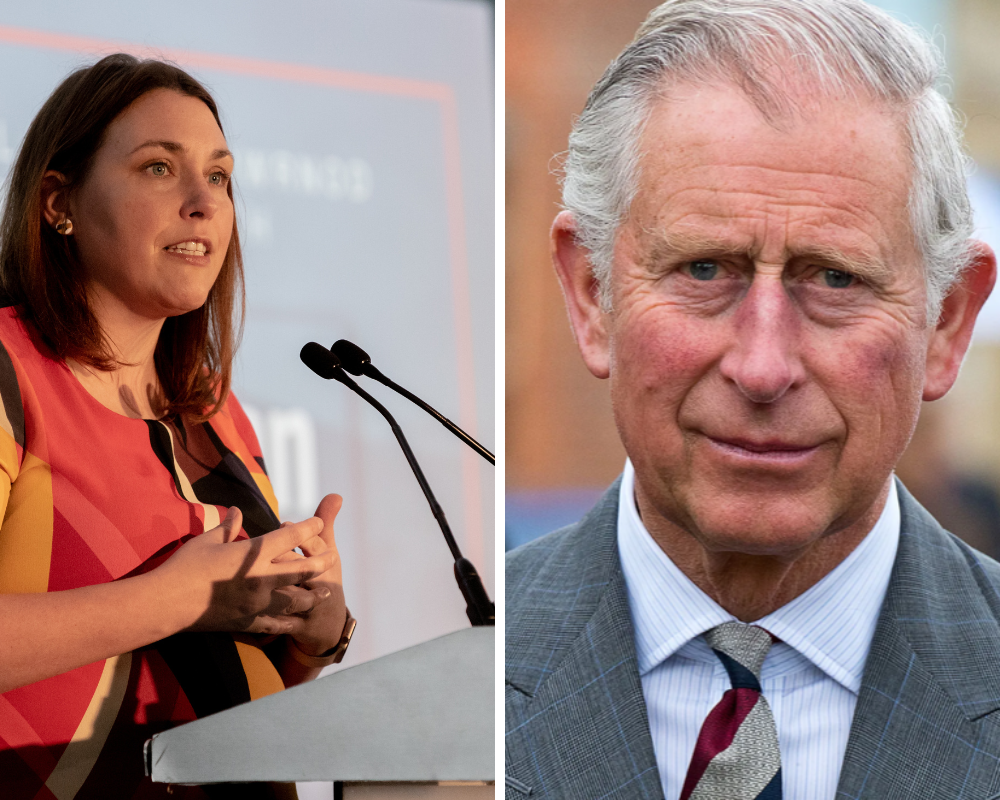 Imposing his son as Prince of Wales the day after the death of his mother was a power move like no other by the new King.

Such a blatant political statement, at a time of official national mourning, had obviously been planned years in advance. So too was the King’s well-rehearsed bilingual speech to the Senedd, in which he referenced Llywelyn ap Gruffydd, the last native Prince of Wales. The fact it was delivered on Owain Glyndwr Day only added to the drama. In case you missed it, here’s the relevant extract of the speech:

“That ancient title dated to the times of those great Welsh rulers like Llywelyn ap Gruffydd whose memory is still rightly honoured, I now pass to my son William…”

To try and imply that both he himself and William somehow descend from Llywelyn, or are honouring Llywelyn’s memory with the continuation of the title, is a re-writing of Welsh history and a continuation of the campaign to conquer and subjugate Wales. As George Orwell stated in 1984:  “The most effective way to destroy people is to deny and obliterate their own understanding of their history.”

This tactic has worked well since Llywelyn was killed by the English army in 1282. Few Welsh children over subsequent centuries have been taught about this historic event, and how the title came to be used by the English crown. Even fewer know that Llywelyn’s head was cut off, and as graphically described by the historian J. Beverley Smith: “With an iron spike thrust through it, the severed head was raised on the Tower of London, displayed for the derision of the crowd and adorned with a crown of ivy in mocking fulfilment of a prophecy which said, so the English were led to believe, that one of the Britons would be crowned in London.”i

Much has changed since Prince Charles became Prince of Wales in 1958, and his subsequent investiture in 1969. As the Llywydd, Elin Jones, outlined in her address to the Senedd during the King’s visit last week: “…our story is old, but our democracy is new and ambitious. It is my sincere hope that the modern relationship between this country, this Senedd and the Royal Family will be rooted in respect and mutual understanding.”

If the King is intent on modernising the monarchy, and building on his long-established relationship with the people of Wales, then there must now be a national conversation about the title, its status and any possible investiture. Too many conquerors have re-written our history. It is now time for us to write our own.

Since King Charles announced William as Prince of Wales, I have often found myself reflecting on the words of Tony Benn is his final address to the House of Commons during which he said: “…in the course of my life I have developed five little democratic questions. If one meets a powerful person…ask them five questions: "What power have you got? Where did you get it from? In whose interests do you exercise it? To whom are you accountable? And how can we get rid of you?" If you cannot get rid of the people who govern you, you do not live in a democratic system.”ii

At the time of writing this article, over 35,000 people have signed a petition calling for the end of the use of the title Prince of Wales.iii The conversation is therefore long overdue.

Whilst I myself am a republican, and would prefer to see only elected representatives in an independent Wales, I accept that others in Wales will feel differently. But I would hope that we can all agree that it is a decision we should have a say in, as our democracy continues to evolve. That is the only way to honour the title which bears our nation’s name.