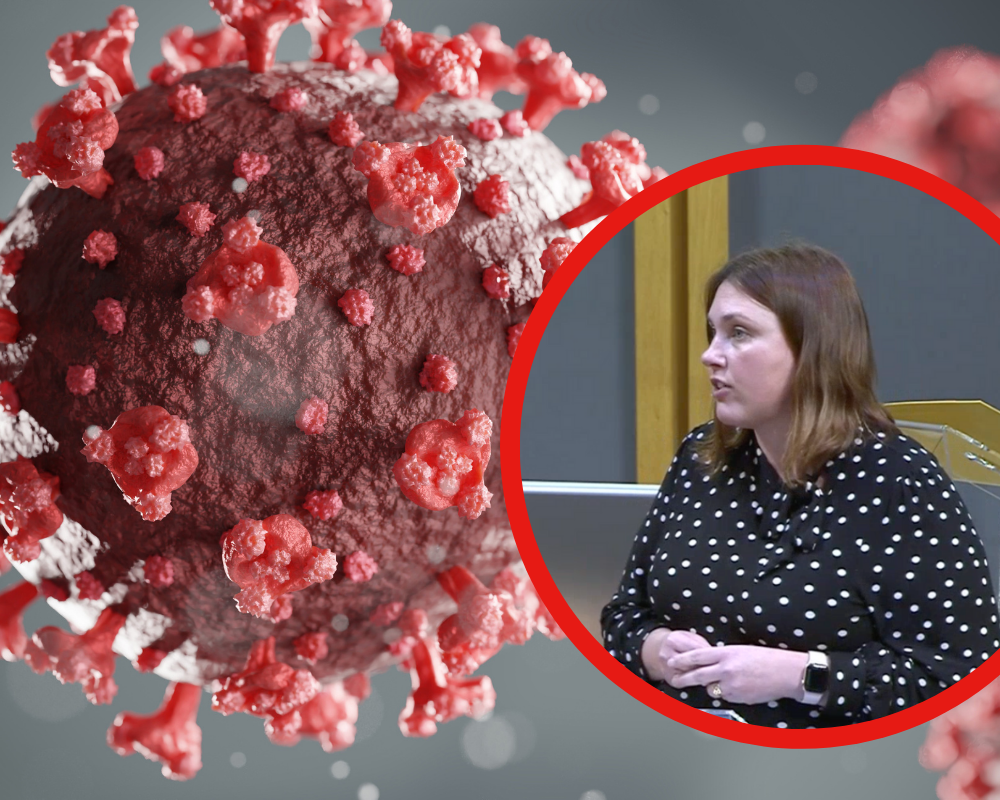 Plaid Cymru yesterday (26 April 2022) wrote to the First Minister to ask for the record to be corrected on his statement regarding the UK Government’s ability to lead the inquiry into COVID-19 in Wales.

Responding to a question from Plaid Cymru Member of Senedd for South Wales Central, Heledd Fychan, the First Minister stated that the “the UK Government will not lead the inquiry. That will be the responsibility of its independent chair, Baroness Heather Hallett.”

However, Plaid Cymru’s spokesperson for Health, Rhun ap Iorwerth MS, points out in the letter that this is in direct contradiction to a statement made by Baroness Heather Hallett, which states that the Prime Minister has the final decision on the Terms of Reference.

Plaid Cymru’s Heledd Fychan said in response to the letter being sent,

“To date, 10,082 people in Wales have died as a result of Covid. It’s disappointing that the First Minister still refuses to support a Welsh Covid Inquiry.

“When the news broke that the Prime Minister had received a fine for breaking the law, the First Minister was amongst the many calling for his resignation. Yet we have a situation where the First Minister is happy to trust that same person with the responsibility for an inquiry into how COVID-19 was handled in Wales based on the incorrect assumption that he is somehow not in charge of it.

“Just this week we have another reminder of the importance of a COVID inquiry, following the ruling from the High Court that government policies on discharging untested patients from hospital to care homes in England was unlawful. These same practices were employed by the Labour Welsh Government for patients in Wales.

“In denying us a Wales-specific inquiry, the Labour First Minister handed all control to Boris Johnson.”

Read the full letter below. 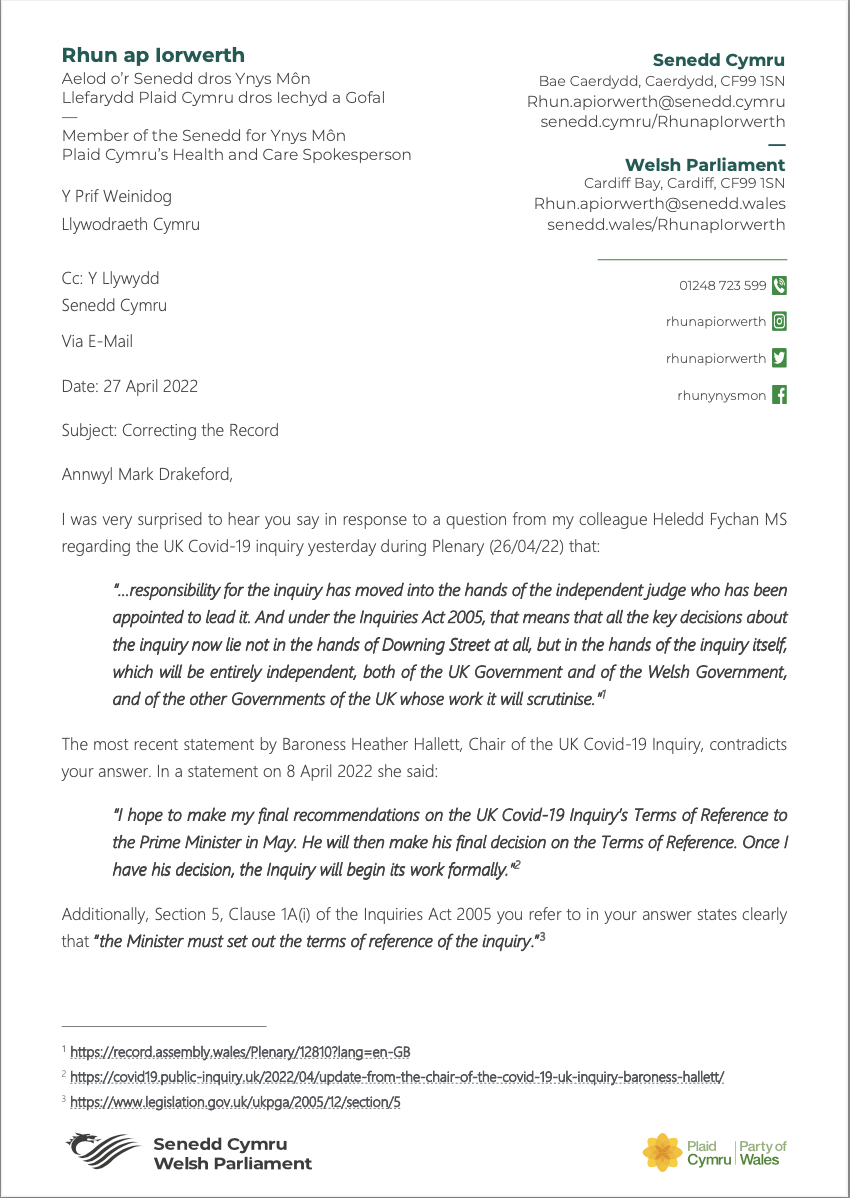 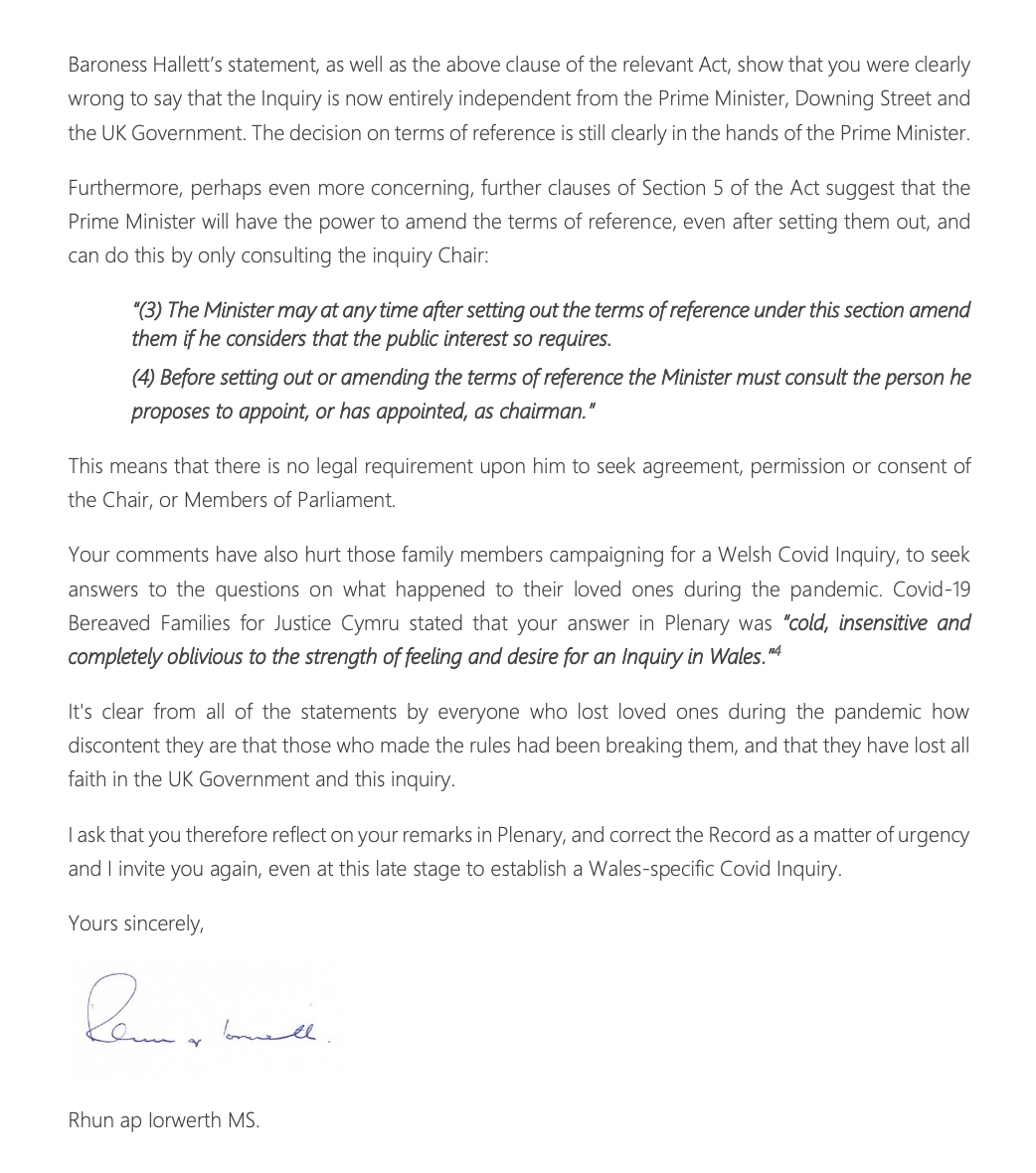