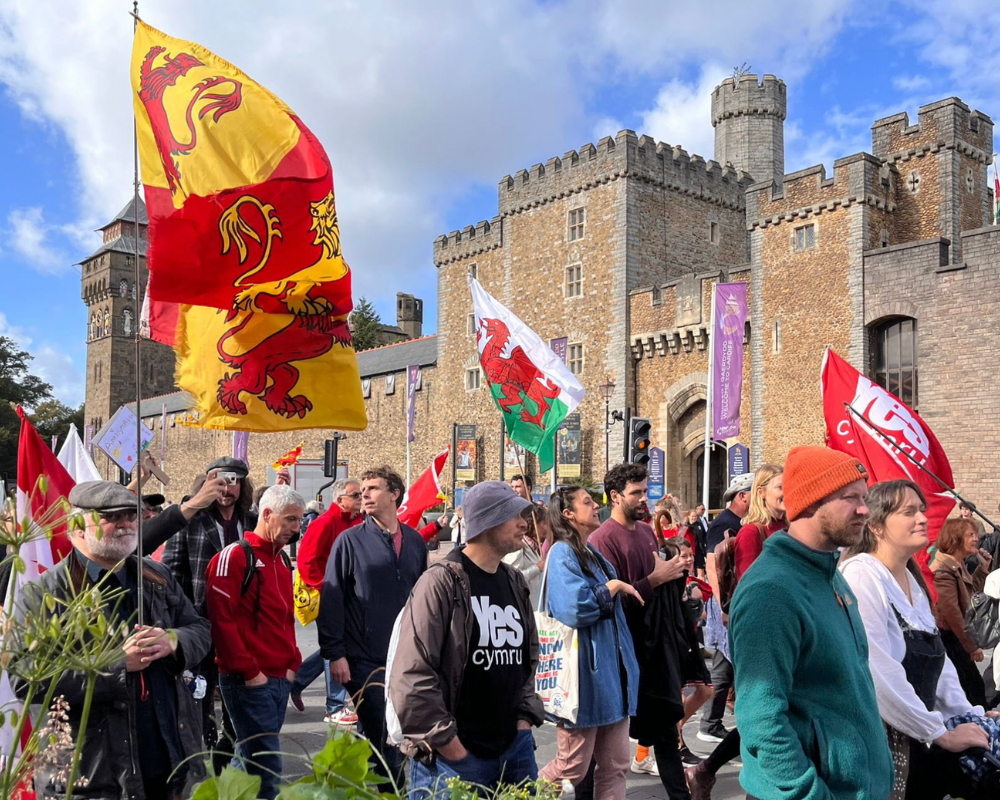 Yesterday, I was one of thousands that marched in Cardiff to support independence for Wales. It was the first march I was able to join since before the pandemic, and the atmosphere was positive and uplifting – a stark contrast to politics as a whole in the UK at present.

It followed the publication of an important report commissioned by Plaid Cymru by Professor John Doyle, Professor of Politics at Dublin City University and Editor of the journal Irish Studies in International Affairs which can be read here.

Crucially, it shows that an independent Wales’s fiscal gap would be a fraction of the figure previously reported – approximately £2.6bn which is significantly lower than the frequently quoted figure of £13.5bn.

Plaid Cymru Leader Adam Price was right to herald this a game changer, as it shows that the fiscal deficit that an independent Wales would face would be normal for comparable countries and in no way presents the major obstacle or impediment which others have sought to present.

Wales isn’t too small or too poor to be independent. In my view, we can’t afford to not be independent. The UK Government has proved time and time again that Wales’ interest will never be a priority. Decisions about Wales should be made here in Wales – it is the only way to realise the kind of Wales we want and need, that treats everyone equitably.