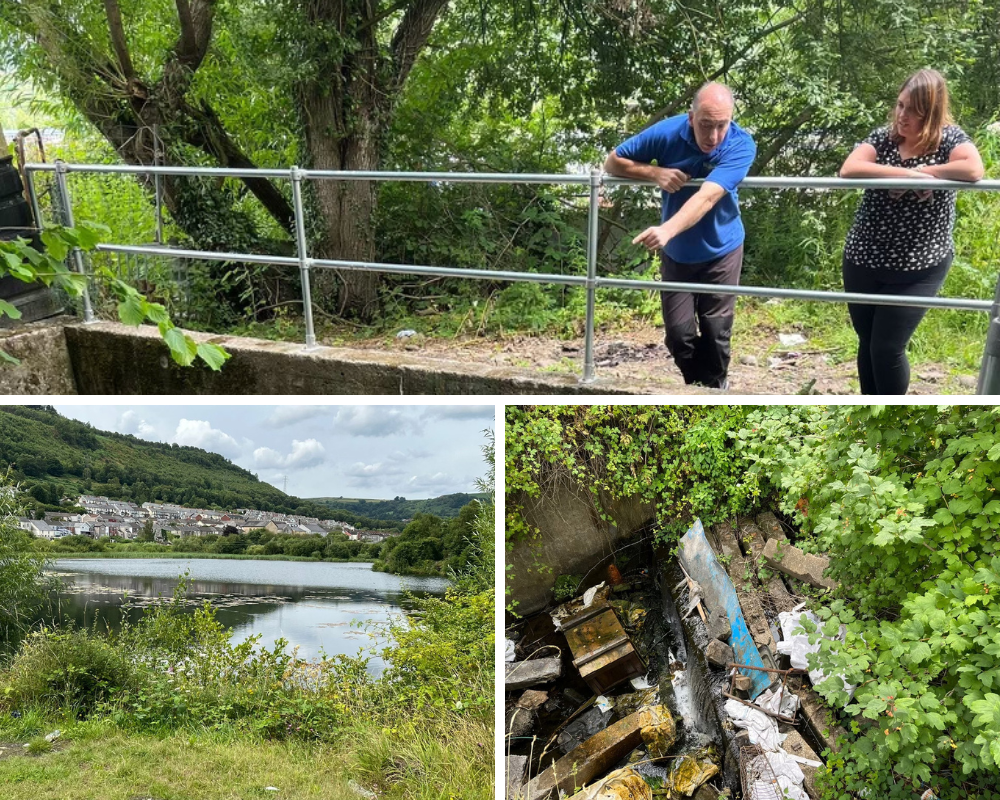 Residents of Abercwmboi have been in touch with me after receiving one of the Flood Packs my office has produced. Residents are still worried sick about the systems that are meant to protect them from future flooding events like Storm Dennis, which impacted them in 2020.

The Council has done a lot of work on the culverts which blocked then, and other agencies have worked to clear years of neglected silt which had built up in the underground pipes.

There is still one very important issue that has been ignored by all, and that is the lake to the rear of the houses on the old furnacite plant. The build up of silt in the lake over the years means that the capacity of the lake is reduced, and the level of water that it could take before it would break its banks is also very much reduced. The lake needs to be dredged to increase the capacity. The culvert on the far side of the lake is full of rubbish and the grills placed there are old and damaged beyond repair. There is a job of work that still needs to be done before the residents can truly feel safe in their homes when it rains. I will be ensuring that the experiences and views of residents feed into the flood review, and also to push for action on the lake.