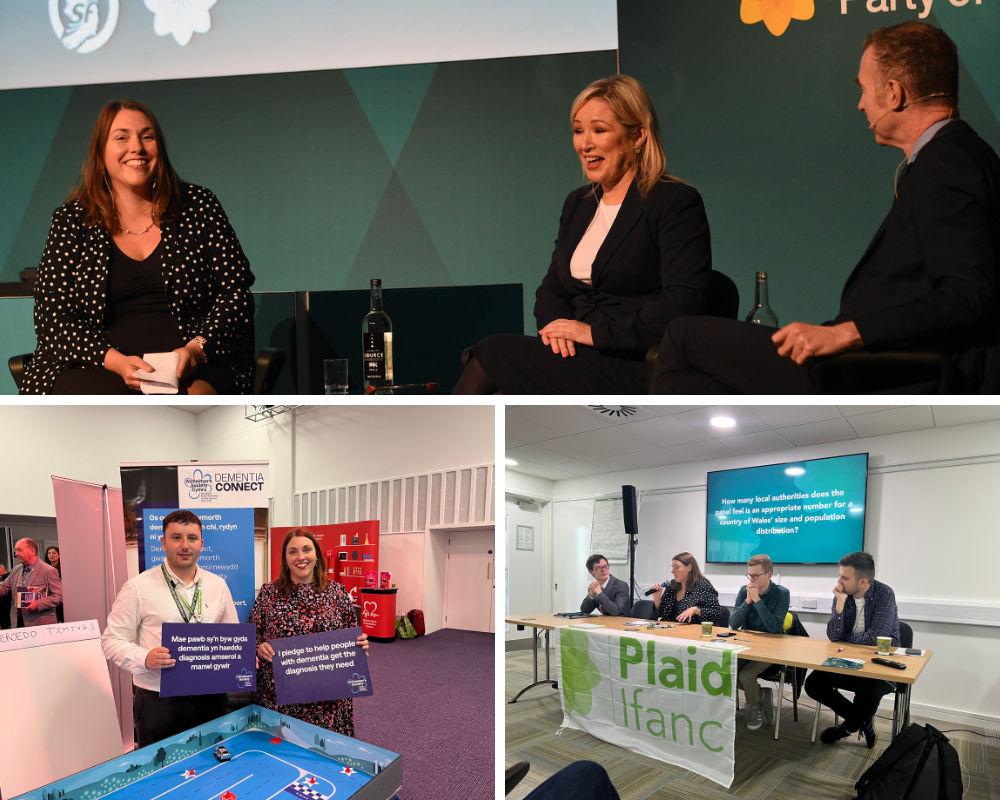 In October, Plaid Cymru held its annual autumn conference in Llandudno. A key theme for the conference was how we can respond to the Cost of Living crisis with Plaid Cymru launching its radical ten point “Peoples Plan”. This plan will protect the most vulnerable during this worsening crisis.

During the weekend I also had the honour of chairing the discussion between Northern Irelands First Minister Elect, Michelle O’Neill and Leader of Plaid Cymru, Adam Price MS. It was inspiring to hear Michelle O’Neill’s vision and ambition to create a fair and just Ireland and how we can learn from each other to better support the people we represent. The session can be viewed here: Michelle O'Neill, Adam Price, Heledd Fychan in conversation on the future of Wales and Ireland - YouTube

Over the conference weekend I also met with representatives from several organsiations who are working to support constituents across my region including Carers Wales, Alzheimer’s society Cymru, Tenovous, Community Pharmacy Wales and the NASUWT Cymru teachers union. The cost of living crisis and access to services were some of the main concerns they raised with me. I look forward to working with them post conference and supporting them in bettering the lives of those we all represent

I am also pleased to announce that during the Plaid Cymru conference I was elected as Plaid Cymru’s new Director of Policy and Political Education. It is a truly an honour to be elected by party members and I look forward to working together with them to further develop a programme of policies that continue to benefit the people of Wales and to create an inclusive political education programme that inspires others to get involved in politics.